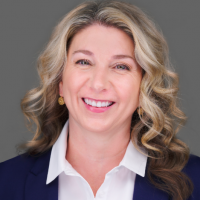 Theresa, a U.S. Army military intelligence veteran, has more than 20 years of experience in the Intelligence community. She began her work in intel with the National Security Agency (NSA), working as a Mandarin Chinese linguist during the Hong Kong turnover from the United Kingdom to China. Theresa then leveraged her international project management experience from her military service, as well as five years with the international software division of IBM, to support a small, ops-centric government contracting company in the intel community. As a senior program manager overseeing more than 125 people in a variety of intelligence, counter-terrorism, security and force penetration programs, Theresa learned the finer points of government contracting. A certified Project Management Professional (PMP®), Theresa earned dual Associate degrees in Spanish and Chinese Mandarin from Monterey Peninsula College. She graduated from Texas Tech University with dual Bachelor’s degrees in history and English, and received her Master’s in International Business from the University of Maryland. While she currently resides in Northern, Virginia, she considers Austin, Texas her home. Theresa is an active member of Dachshund Rescue of North America and has adopted eight hounds to date. Her love of the outdoors extends to gardening, boating and spending time on the beach.

Dean is an accomplished senior executive and a thought leader in the information technology/cyber industry. He brings more than 35 years of hands-on experience managing large-scale technology consulting initiatives in support of mission-oriented Intelligence, Defense, and Civilian agencies to CTS, as well as a well-earned reputation as a subject matter expert in big data analytics and insider threat solutions. Most recently Senior Vice President, Strategic Development for Preferred Systems Solutions, National Security Group, Dean has also successfully managed IC programs for ManTech International and Oracle USA’s National Security Group. In addition, he was responsible for 3 years of unprecedented growth of the professional services business at Unisys, and has led network and system engineering, software development, and hardware integration teams at STG, DynCorp, and EDS. Dean resides in Ashburn, Virginia, is married, and is an avid motorcyclist. He has traveled to the far reaches of the continental U.S. on his Harley Davidson. 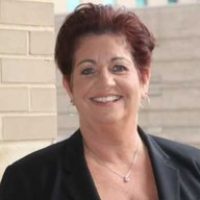 Ann, a seasoned recruiting professional and program manager, brings more than 25 years of experience to her role as CTS’ talent acquisition manager, including 15 years as a program manager and professional recruiter in the private industry as well as more than 10 years of service to our primary intelligence community client. Ann’s unique background includes supporting three Directorates and instituting a new hire program to engage family members in first day activities, affording spouses and domestic partners the opportunity to witness the swearing in ceremony and visit the headquarters compound. For CTS, Ann is responsible for staffing numerous multi-disciplinary positions to fill the company’s hiring needs as well as maintaining a pipeline of qualified candidates to staff future contract opportunities. In addition, Ann will lead the firm’s college recruitment activities to acquire entry level talent. Born in raised in Arlington, Massachusetts, Ann and her husband now call Myrtle Beach, South Carolina their home. When she’s not on the beach, Ann enjoys skiing, sailing, horseback riding and spending quality time with her husband and grandchildren. 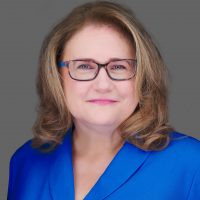 Valerie brings more than 30 years of marketing and corporate communications experience to CTS. She is responsible for the firm’s branding as well as planning and executing internal and external communications strategies. A native of Cleveland, Ohio, Valerie has worked in the IC space since 2001 and has earned numerous awards and citations for strategic communications, multimedia development, and project management in support of client-based tradecraft, application development, information management, cyber security, and network engineering programs. The Cleveland State University graduate resides in Reston, Virginia and divides her free time between D.C.’s theater and concert venues and central Virginia’s Blue Ridge mountains. 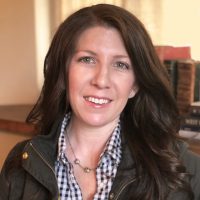 Adrian Prost serves as HR and Executive Administrator for CTS. She ensures the smooth onboarding of new teammates; maintains relationships with the company’s numerous benefits providers; and manages leadership team engagements. Her background in primary education and insurance administration lends itself to her responsibilities juggling numerous, simultaneous obligations on behalf of CTS and its employees. She has prior experience managing and organizing businesses and large groups of volunteers and, as an Army officer’s wife for many years, has also led Army Family Readiness Groups (FRG) pre-, active- and post-deployment. While raising three children, she is involved with numerous education panels, focus groups, and community organizations. She and her family live in Steamboat Springs, Colorado, where they enjoy skiing, biking, hiking, kayaking, and fishing. 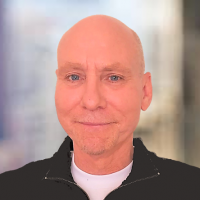 John has spent 30 years working in the Federal sector. More than 20 of those years were overseas assignments in support of information technology and program management work while deployed to U.S. Embassies and Consulates through the Department of State. Later, he joined our primary intelligence community client as a staff officer where he worked to modernize the recruitment process to attract technical talent for critical national security positions. His work has provided extensive travel opportunities, and he speaks fluent Spanish and Vietnamese. Originally from California, John, his wife, and their son reside in Virginia Beach. His free time is spent enjoying his family time, motorcycle rides, home improvement projects, and travel. 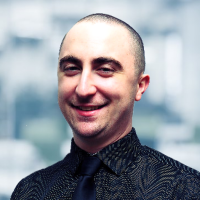 Born and raised in Lynchburg, VA, Jeff has been finding qualified professionals to serve the needs of Federal Government clients since 2017. He applies his people skills and technical aptitude to source and secure high-performing IT talent to fill critical needs across the Intelligence Community. Jeff specializes in understanding the unique skillsets of information technology experts and can communicate mission needs in technical terms in order to ensure the best employee-client match. In his spare time, Jeff enjoys the simple pleasure of reading and relaxing with his family.